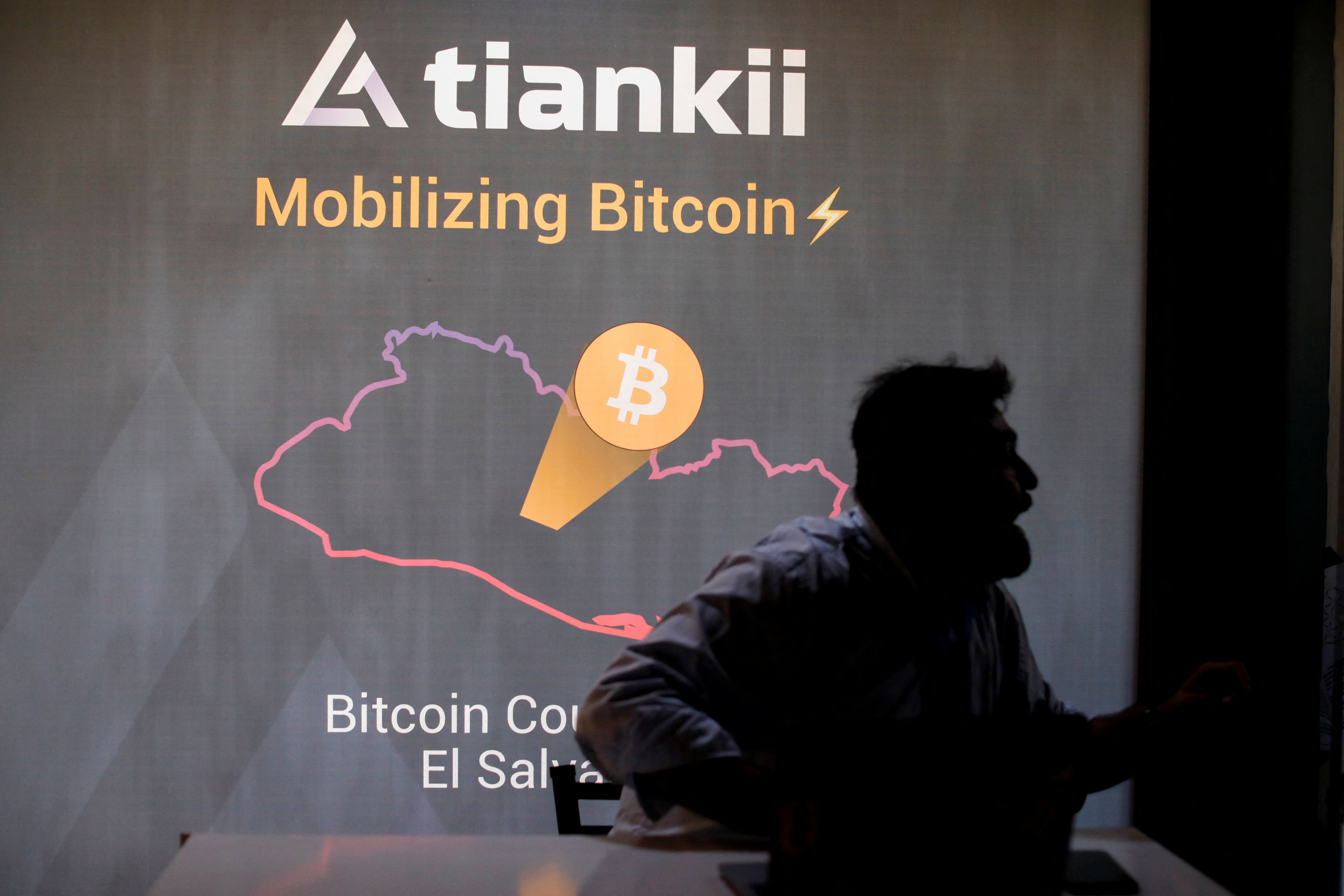 [1/2] A worker talks on a stand during the launch of Adopting Bitcoin – A Lightning Summit in El Salvador, in San Salvador, El Salvador November 15, 2022. REUTERS/Jose Cabezas

SAN SALVADOR, Nov 17 (Reuters) - El Salvador's long-awaited bitcoin conference, which was in the limelight in 2021 after the small nation became the world's first to adopt the cryptocurrency as legal tender, has lost its luster this time amid a deep rout in the digital currency universe.

The absence of big names from the bitcoin world and empty seats were noticeable at "Adopting Bitcoin: A Lightning Summit in El Salvador," which began Tuesday and ends Thursday in the capital of San Salvador.

Advertisement · Scroll to continueReport an ad

"The fact that prices are low, that there are problems elsewhere (...) causes an uncertain environment," said Juan Fonseca, 41, a Guatemalan who traveled to the conference.

Bitcoin, the world's biggest and best-known cryptocurrency, has plummeted further following the spectacular collapse of crypto exchange FTX, now trading around $16,600, from an all-time high of nearly $69,000 in November last year.

Some enthusiasts see today's problems as just a temporary blip.

Ifinex, Bitfinex's parent, has agreed to collaborate with El Salvador's government to create a digital asset and securities regulatory framework.

Advertisement · Scroll to continueReport an ad

Bukele, who championed the adoption of the cryptocurrency as legal tender alongside the U.S. dollar, said on Twitter on Wednesday night, "We are buying one Bitcoin every day starting tomorrow."

So far, his government has acquired 2,381 bitcoins for about $107 million, according to private estimates.