Editor’s note: The opinions in this article are the author’s, as published by our content partner, and do not represent the views of MSN or Microsoft. 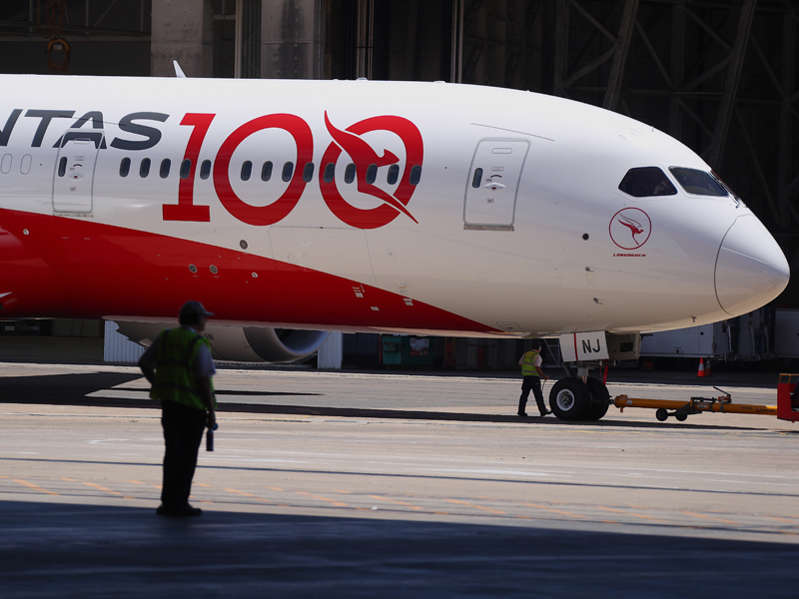 An election campaign is the ideal time to revisit an old idea and pretend it is somehow new. Many politicians are doing just that.

So Qantas must be delighted that a publicity stunt it first carried 30 years ago has attracted headlines describing the event as “historic” and “record breaking”.

In 1989, the Australian airline flew a near-empty plane from London Heathrow to Sydney. This week, as the US baseball star Yogi Berra once said, it was “déjà vu all over again”.

Presumably somewhere on a marketing mood board at Qantas HQ in Sydney is the message: “Never waste a delivery flight.”

The two makers of big planes, Airbus and Boeing, are located in Europe and the US respectively, which is inconvenient for an Australian airline. You spend hundreds of millions of dollars on new aircraft. Then you have to go and fetch them, flying them home empty and unsung.

Thirty years ago, Qantas had the bright idea of turning a delivery flight into a publicity stunt. The carrier’s first extra-long-range Boeing 747-400 was being completed at the planemaker’s factory in Everett, Washington.

The standard delivery route would be the 7,750-mile flight across the Pacific to Sydney. But someone calculated (no doubt using a stone-age slide rule) that the Jumbo could just about fly the 10,573 miles from Heathrow to Sydney on the aviation equivalent of a single tank of fuel – so long as there were no pesky paying passengers onboard.

The airline duly coaxed the jet all the way to Australia’s largest city, and the world was duly impressed.

Three decades on, the carrier has some Boeing 787 jets to collect, and has chosen once again to milk them for publicity.

In October a new plane flew near-empty from New York to Sydney. “The Australian airline set the record for the longest-ever commercial flight,” claimed one newspaper. Many other reports were similarly superlative. And wrong.

It wasn’t a commercial flight, and it wasn’t the longest flight involving a passenger aircraft (the Jumbo jaunt in 1989 beat it by 800 miles).

On Thursday this week, Qantas dispatched a brand-new Boeing 787 from London to Sydney – calling it an “ultra-long-haul research flight to gather new data about inflight passenger and crew health and wellbeing”.

But does that challenge really call for flying a one-fifth-full plane, and a lot of fresh air, halfway around the world? More realistic research could be conducted with passengers and crew on an actual ultra-long-haul scheduled flight – such as the daily Qantas departure from Perth to London, which is timetabled to take barely 6 per cent less than the Heathrow-Sydney journey.

From ground level, I believe I enjoyed the journey more than the people aboard the jet. This being the 21st century, it was easy to track the plane as it chalked up the capital cities: Amsterdam, Berlin, Warsaw…

The Boeing 787 flew a strange course, staying south of Moscow while the shortest route to Sydney went north. It flew overhead Nur-Sultan, this week’s name for the capital of Kazakhstan.

Had the plane paused to refuel there, one-third of the way from London to Sydney, and again at the two-thirds point in the Philippines, it would have sharply reduced the fuel consumption – and CO2 emitted. Going nonstop increased the cost, and the environmental impact, by about one third.

The long-suffering human cargo could have stretched their legs, too: healthier for them, less damaging for the planet.

© getty SYDNEY, AUSTRALIA - NOVEMBER 15: Qantas flight QF7879 lands at Sydney Airport on November 15, 2019 in Sydney, Australia. The 19 hour 19 minute flight was restricted to 50 people, including 10 crew, to increase aircraft range, and included medical scientists and health experts on board to conduct studies in the cockpit and the cabin to help determine strategies to promote long haul inflight health and wellbeing on ultra-long haul flights. It comes as the national carrier continues to work towards the final frontier of global aviation by launching non-stop commercial flights between the US and the UK to the east coast of Australia in an ambitious project dubbed "Project Sunrise". (Photo by David Gray#JM/Getty Images for Qantas) In the dead of night, the aircraft whispered into China above the city of Qoqek (Scrabble players: imagine that on a triple word score).

Then the Qantas plane zigzagged across the crowded skies of the People’s Republic, finally leaving Hong Kong in its wake as it carved through the stratosphere at 41,000 feet over the South China Sea.

By now – 12 hours into the trip – it was getting closed to dinner time; everyone had started from London at 6am. But aboard flight QF7879 they were apparently holding out for breakfast. Ultra-long-haul flights mean ultra jetlag, and the sooner you start adapting the better.

But was the exercise really worth the 93 tons of fuel consumed, and 300 tonnes of CO2 generated?

Thirty years ago, we understood much less about the planet and the damage caused by aviation than we do now. What seemed a harmless stunt in 1989 looks gratuitous and indulgent today.

Qantas says: “All carbon emissions were offset.” And the airline is preparing to repeat October’s New York-Australia flight in December. Déjà vu all over again.