Pound traders are bracing for swings of as much of 3% on the result of December’s election that will set the course of Brexit.

A gauge of volatility in the currency over the next month, which now covers trading on the day after the Dec. 12 vote, has awoken from a recent slumber to climb the most since the 2016 Brexit referendum. That implies the currency could either rally to about $1.32 or slide to $1.25, according to pricing in options markets. 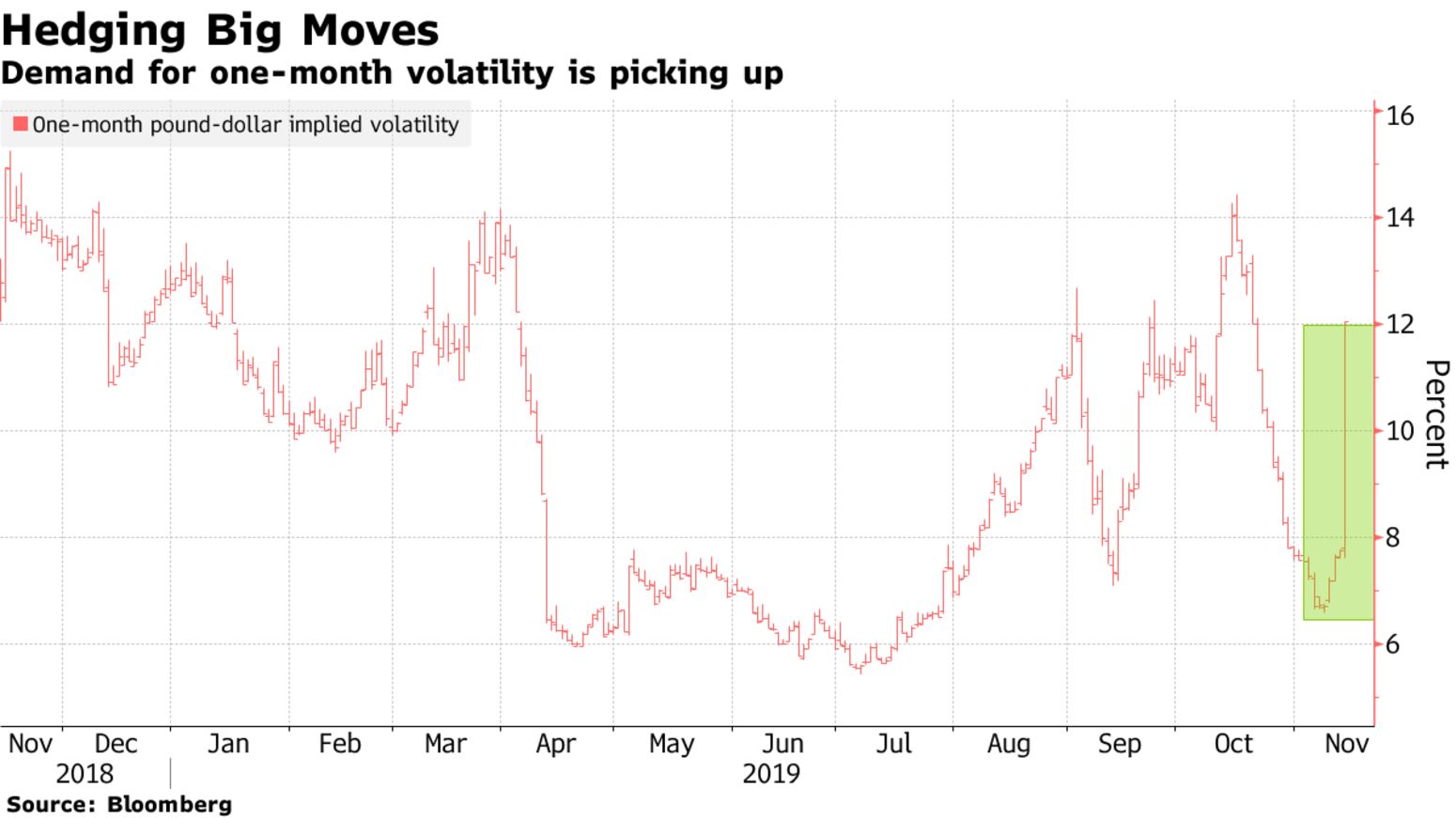 The U.K. currency, a barometer for Brexit risk, has remained largely unmoved this week to trade around $1.2850 even after a series of disappointing economic data releases. The key for the pound is the election, given potential outcomes include a government backed by the Brexit Party and its no-deal strategy, a left-wing coalition that could seek to radically overhaul the economy or a hung Parliament that risks prolonging a stalemate in Westminster.

“Things could get a bit livelier around the pound as the election comes into view,” said Valentin Marinov, head of Group-of-10 currency research and strategy at Credit Agricole SA.

Polling currently shows the ruling Conservative Party in the lead, but the election remains difficult to predict, with smaller parties in focus and Brexit throwing up the possibility people will vote differently. 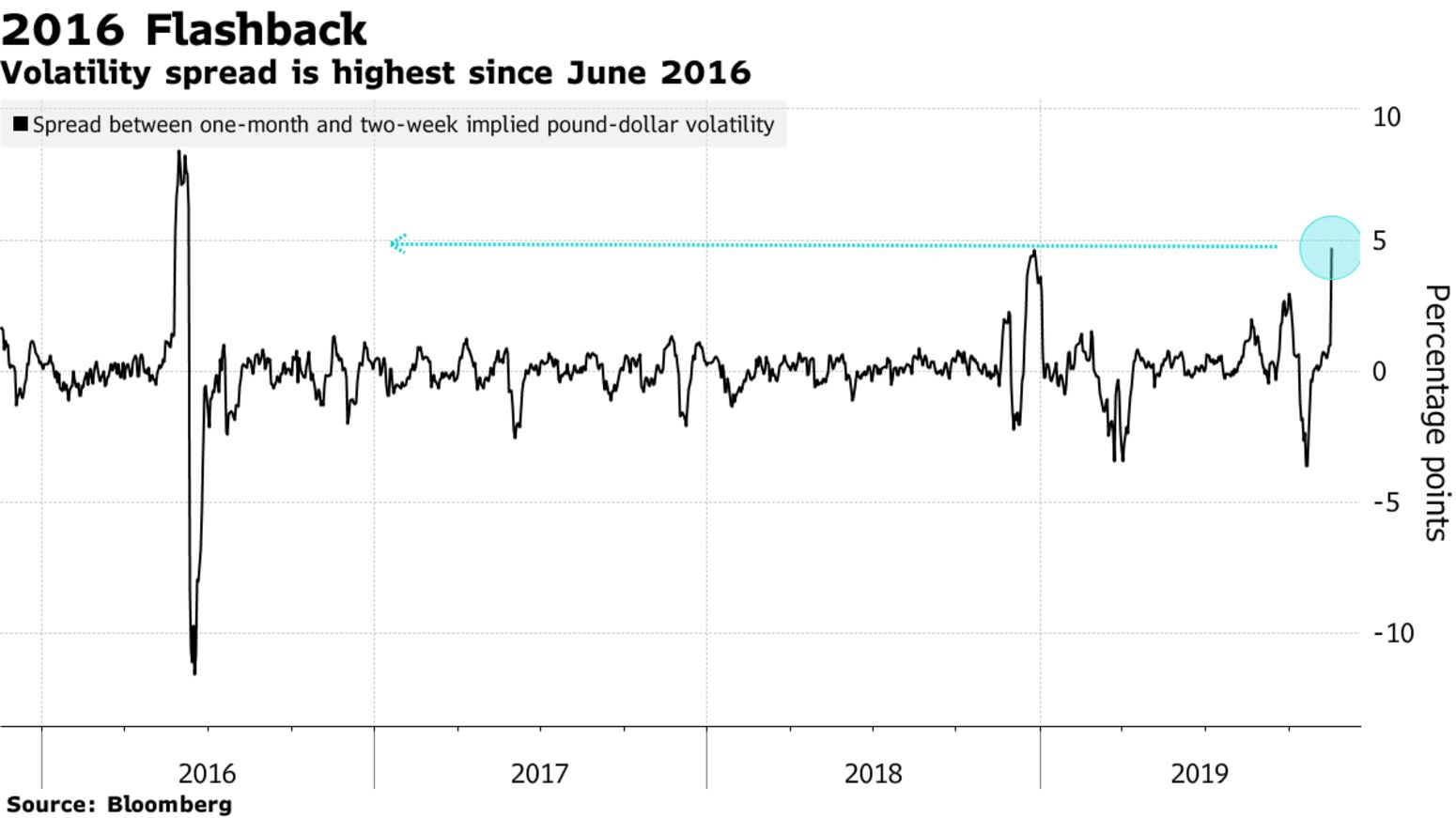 Investors have been opting to sell short-dated volatility and buy the potential for longer term swings, Marinov said. That has pushed the spread between two-week and one-month contracts also to the widest since June 2016. As buying protection against swings becomes more expensive, bets targeting an even bigger rally to $1.36 within three months may make sense, Marinov said.

“The wide spread highlights that selling short-dated vol may have reached a limit,” he said. “Everyone is still focusing on the polls where support for both Tory and Labour is growing.”

Pound Outlook Gets Brighter From Here in Most Election Scenarios

A Bloomberg survey of strategists and investors last week found the pound could climb more than 4% to $1.34 after the December vote if the Conservatives win. A Labour majority win, though seen as highly unlikely, would send it slumping more than 4% to $1.23.

— With assistance by Tanvir Sandhu