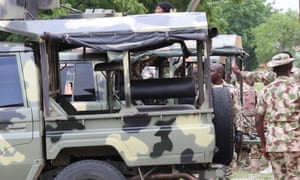 The Nigerian army has ordered Action Against Hunger to close its main office in Maiduguri, in Nigeria’s north-eastern Borno state, amid allegations the group has been “aiding and abetting terrorism”.

Soldiers forced the organisation to stop its work in the region on 18 September.

The army says Action Against Hunger has been supplying terrorists with food and drugs and declared the agency, which has carried out humanitarian and development work for 40 years, “persona non grata”. 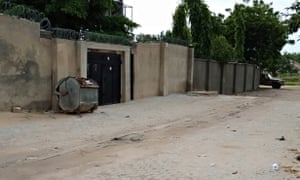 The offices of Action Against Hunger in Maiduguri. Photograph: Audu Marte/AFP/Getty Images

A spokesperson said the army had “observed with utter disappointment and concern the notorious activities of some non-governmental organisations working in the north-east”.

“The subversive … actions of the NGO Action Against Hunger persisted despite several warnings to desist from aiding and abetting terrorists and their atrocities,” added the spokesperson.

Action Against Hunger has called on the Nigerian authorities to allow its work in the region to continue.

The organisation said it received “no prior notice or explanation for this action” and had been forced to stop assistance to “millions of people in Maiduguri, Monguno and Damasak with immediate effect”, affecting “the most vulnerable people in the region”. 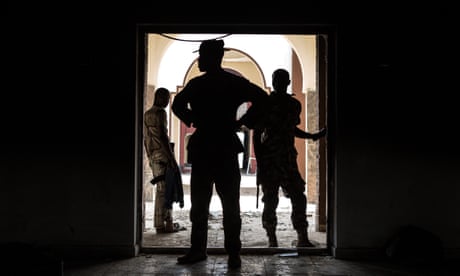 Militants have operated in north-eastern Nigeria and the Lake Chad region for the past decade, displacing more than 2 million people. Tens of thousands of civilians have died.

Two Action Against Hunger staff members were killed in an ambush in a refugee camp in the Gambella region of Ethiopia earlier this month.

In July, a female Action Against Hunger staff member was abducted together with drivers and health workers from a humanitarian programme run by the organisation in Damasak region of Borno state.