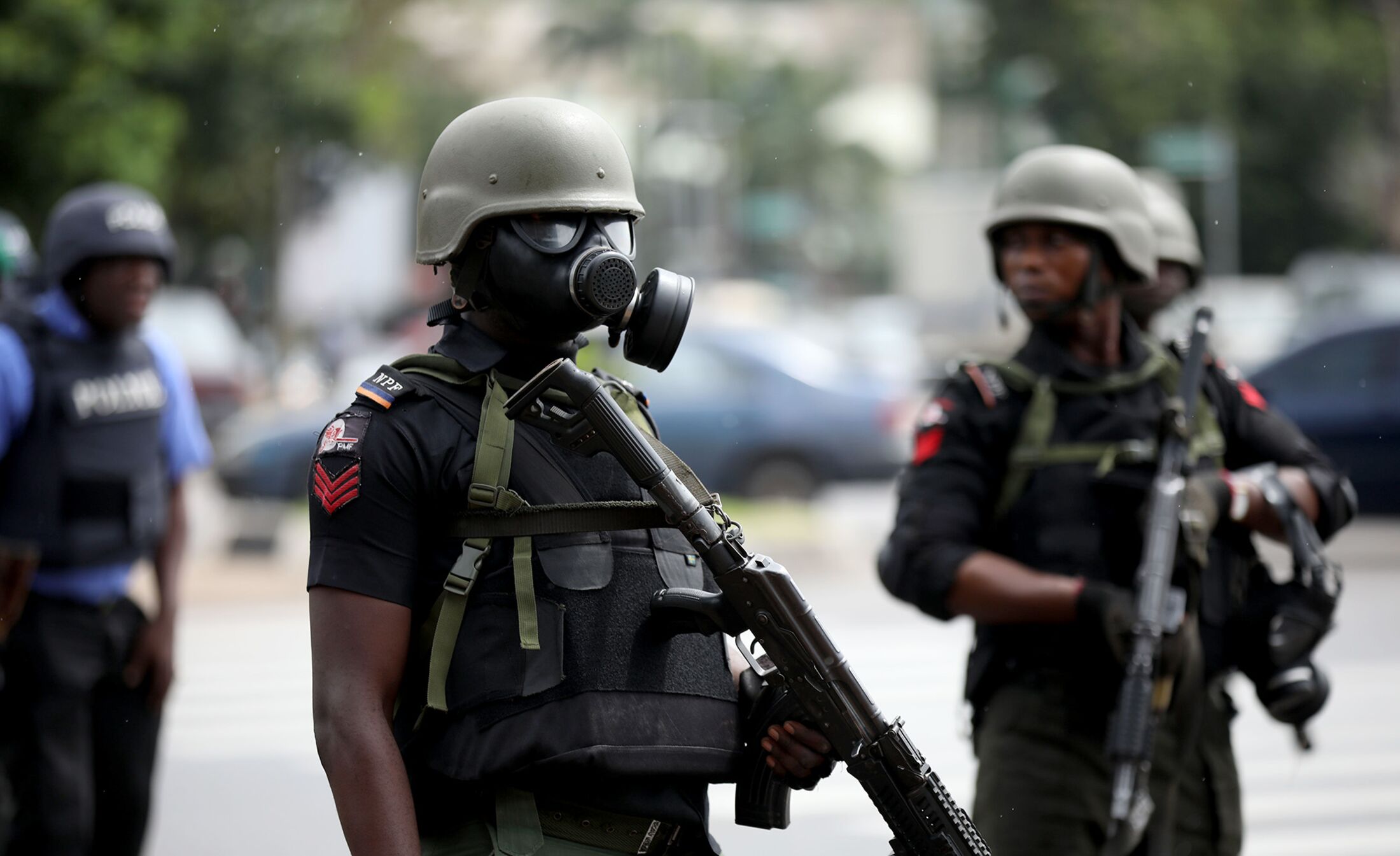 Riot policemen wearing masks stand in a street during a protest in Abuja on July 23, 2019.

Buhari appointed a minister of police affairs this week to lead the initiative. CCTV cameras will be installed on major highways and other places to curb crime, the president said.

“Directives have been issued to the appropriate federal authorities to speedily approve licensing for States requesting the use of drones to monitor forests and other criminal hideouts,” he said.

Africa’s most populous country faces diverse security challenges including Boko Haram insurgency in its Northeast region, banditry and kidnapping in many parts of the country and militancy in the Niger River Delta.